DUNBIA FARMERS GO THE TO BALL FOR CHEST HEART & STROKE

You are here:
Uncategorized 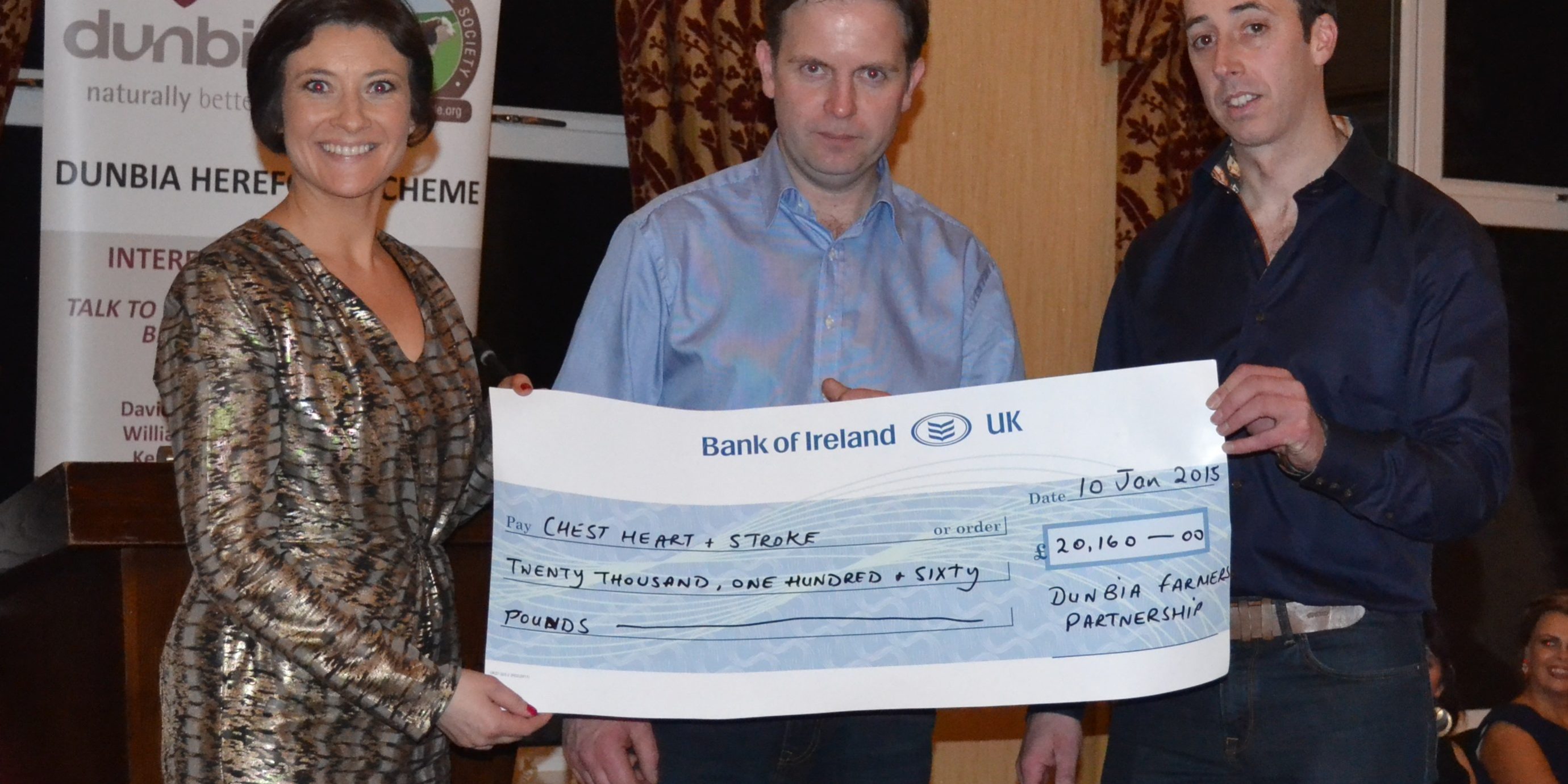 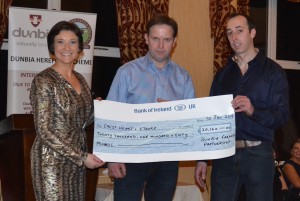 A cheque for £20160 was presented to Jo Scott on behalf of NICHS by Killyman farmer David Hadden and David Chestnutt from Dunbia.

A partnership between leading meat processor Dunbia and local farmers has raised over £20,000 for Northern Ireland Chest, Heart & Stroke (NICHS).

Over 300 farmers joined Dunbia staff at the recent Dunbia Farmers Ball and Auction which was also attended by BBC NI’s Jo Scott.

Speaking at the event, Dunbia Chief Executive Jim Dobson expressed his appreciation to the farmers and suppliers for supporting the event: “At Dunbia, we pride ourselves on our partnership approach to our business with our farmers and suppliers and I believe strength of this partnership has been reflected in the success of the Dunbia Farmers Ball, with over 300 farmers attending the event and raising a phenomenal amount for NI Chest, Heart & Stroke.  I would like to thank everyone from suppliers who provided items for the auction to farmers who attended and bought at the auction for their support to this extremely worthy charity.  It is a true indication of the generosity of our farming community.”

NICHS is Dunbia’s nominated charity for 2014/15 with all funds raised throughout the year donated to the charity.  Following the Dunbia Farmers Ball, Kerry Anderson, Director of Income Generation for NICHS commented:  “We are delighted that a company of the calibre of Dunbia had chosen NICHS as their nominated charity.  The success of the Dunbia Farmers Ball has been fantastic and will allow us to reach out to more survivors of chest, heart and stroke illnesses and their families, educate people around prevention and continue our programme of research through the local universities.”

A cheque for £20160 was presented to Jo Scott on behalf of NICHS by Killyman farmer David Hadden and David Chestnutt from Dunbia.